How long does it take to learn Brazilian Jiu-Jitsu? | O Athletik
Skip to main

How long does it take to learn Brazilian Jiu-Jitsu? 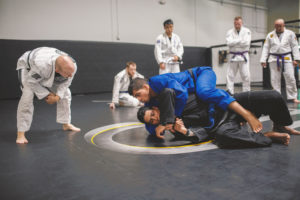 What is Brazilian Jiu-Jitsu?

In a sense, it is a “game of human chess” implementing hundreds of concepts and techniques that you learn through years of training. Brazilian Jiu-Jitsu has gained rapid popularity in the last 30 years with the rise of combat sports such as MMA, which often utilizes the BJJ discipline. You may be wondering, “how long does it take to learn Brazilian Jiu-Jitsu?”. This can be a complicated question to answer completely, but this blog will give you more insight into your future BJJ journey. 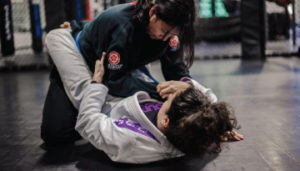 How long does it take to get a black belt in Brazilian Jiu-Jitsu?

On average it takes someone anywhere from 10 to 15 years to earn a black belt in BJJ. Of course, there are always exceptions to this rule. Famously, MMA fighter BJ Penn earned his black belt in just 3 years and 4 months, making him one of the fastest men ever to achieve the rank of black belt. For most, this type of progression is highly unlikely.

Beginners start out as white belts and often are given stripes as they progress, though this may depend on the school you train at. Blue belt is the second belt you receive as a BJJ practitioner, which displays knowledge of several different techniques resulting from hundreds of hours of consistent training.

When asking the question, “how long does it take to learn Brazilian Jiu-Jitsu”, this may be the point at which you are considered to have a basic understanding and the correct implementation of BJJ. A blue belt is usually achieved within 1 to 2 years of consistent training. The entire BJJ belt hierarchy can be viewed here. 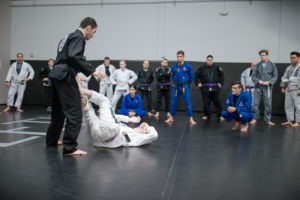 How many times per week should I train BJJ?

The frequency in which you train and roll (the BJJ term for sparring) will likely directly correlate with how fast you progress. When you first start out, it’s recommended you train at least two times per week. Brazilian Jiu-Jitsu can be hard on the body, especially when starting out.

To prevent injuries and burn out, it’s best to start slow and work yourself up. BJJ should be paired with traditional exercise on your off days to improve your strength and cardio. After 6 months to a year of consistent training, it may be time to bump up your training sessions to three times a week.

If you have aspirations of competing in BJJ tournaments or in MMA, then at least 4 days of training per week is recommended. This amount of training will help you fine-tune your craft and consistently improve. 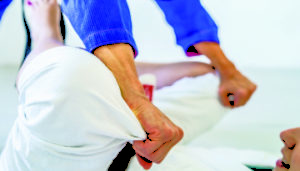 Brazilian Jiu-Jitsu does not involve any striking and rarely any slams as most of the fight will occur on the ground. Injuries do happen, as with any sport, but your instructors and sparring partners are all there to help you improve and not to hurt you. One of the first things you will learn in BJJ is how to “tap” or surrender. A tap signifies that you accept defeat and the fight will stop as soon as you tap.

Until an instructor feels you understand when to tap to avoid injury, they likely won’t allow you to spar with another student. Brazilian Jiu-Jitsu also has a whole host of benefits including self-defense, exercise, self-discipline, and being part of a great tight-knit community! Brazilian Jiu-Jitsu is for everyone, men, women, and children of all ages are encouraged to try BJJ classes. 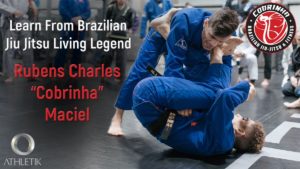 At O Athletik, we aim to bring the best resources to our patrons, which is why we are excited to be affiliated with Cobrinha BJJ, a gym that specializes in Brazilian Jiu-Jitsu training. Cobrinha’s unique specialization for this in-demand sport is something that we want to incorporate into our own facility here at O Athletik in Houston.

Whether you are a beginner or an experienced BJJ practitioner, O Athletik welcomes you. Check out our class schedule to join our next Brazilian Jiu-Jitsu class.